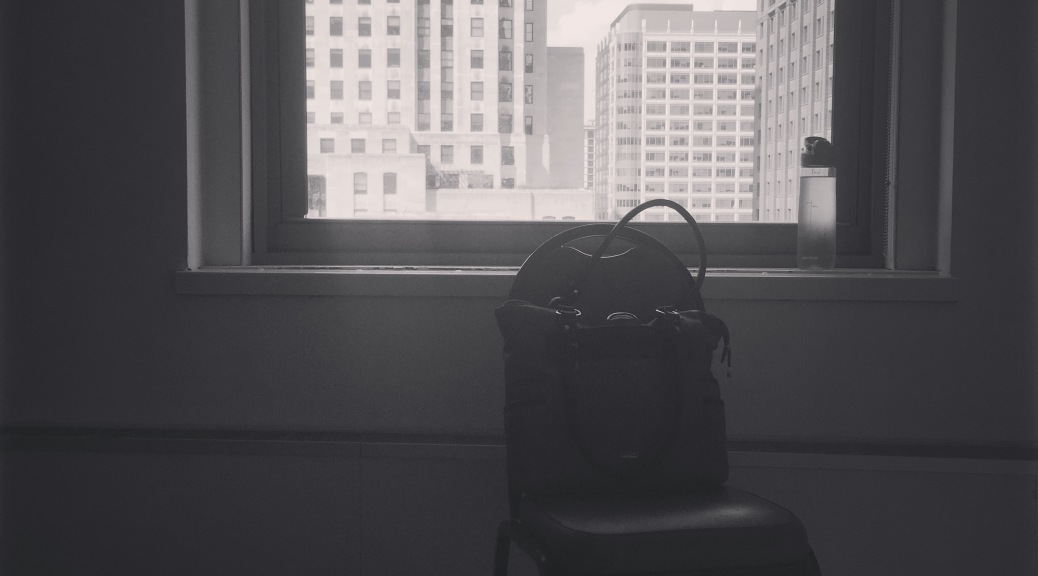 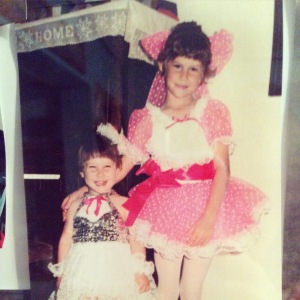 Reading Kristin’s post for this week inspired me to write on a topic I’ve been thinking about for a while. I’ve discovered that I am surrounded by people, like my sister, who have generally been really good at everything they do and, especially, everything needed to get through the formative years of life. My best friends growing up were in every gifted program possible and at the top of whatever activities in which they were involved. My siblings were BOTH like this. I remember my brother teasing me because I would study at home. He would say “I got everything done in study hall.” I was the only Wilde child not tested for the gifted program in grade school and I only took one AP class.

I, and my parents, vividly remember the conversation in middle school we had about my grades. All through grade school I got A’s and B’s (heavy on the B’s), with the small exception of the “U” I got in handwriting on a regular basis. A “U” stands for “unsatisfactory.” It is the little kid equivalent to an F. I claim my terrible handwriting is genetic, since my dad is a doctor and EVERYONE knows that doctors have bad handwriting. No one has ever accepted that as a legit excuse. I must have gotten a midterm grade inching close to a C, and my parents decided to have a conversation about the importance of good grades for my future. I protested and said “What’s wrong with C’s?!” to which my parents replied “Nothing, unless you can get A’s.”

My mother claims this was the beginning of my formerly non-existent work ethic. I started putting a good amount of time into practicing my trumpet (my first musical love) and studying hard. I went through high school working very hard to get my good grades, often frustrated that my brainy brother could do it with ease and without studying. Even with trumpet, I had a natural sound and love of the instrument, but wasn’t one of those kids who had perfect pitch, could improvise, sight read well, or understood theory easily. I even found myself in an odd position of getting principal trumpet in All-State Orchestra three years in a row and just being middle of the pack in All-State Band, since orchestra auditions were solely based on all prepared material and band required sight reading.

My dad’s proudest moment of me, to this day, is when I ran the entire mile run in middle school, even though I HATED running with every fiber of my being. I didn’t walk once through the race and, even though I was ridiculously slow, he was so proud that I pushed through and went for something that was sooooo hard for me. I roll my eyes everytime he tells the story, hoping one of my big opera moments will someday usurp the position of “proudest moments.” However, I think this moment and my developed work ethic is what has gotten me where I am today. 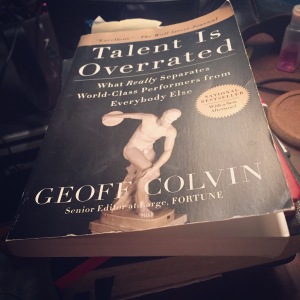 lots of effort to achieve your goals. And, in my case, one area emerges as what you love working at and it becomes the thing in which you strive for excellence. A similar theory is espoused in a great book called “Talent is overrated.” It’s the idea that people who are truly great at what they do are not so only because of natural ability, but because of the type of focused work they put into their craft. Mozart was brilliant because of the musical household and fastidious work regiment his family placed on him at a young age. Tiger Woods was a brilliant golfer because he spent his whole childhood practicing. Natural ability absolutely exists, but if you don’t learn to work, you can never really reach your potential.

I’ve talked with many of my friends who I would put in the “really good at lots of things” categories. Many of them have had a hard time figuring out what to do with their lives, since nothing has really emerged as THE thing they are exceptional at. And many of them struggle with what Kristin described, in pushing past the barrier of real struggle and difficulty in a given area. It’s easier to quit than to fail. These types of people usually have not spent as much time failing as I have.

While I also have a massive aversion to failure, I have discovered that the pain of feeling less-than as a child is what gave me the skills to push through the difficulty now and love the challenges. I actually can’t remember anything I’ve quit because it was too hard. I decided, like my sister, that I wanted to like running, so I started running. Even though it often causes some sort of thoroughly obnoxious injury, like shin splints or issues with my achilles tendon, I find myself anxious to heal, so I can once again start the process of getting better. To be clear, I am still SUPER slow and NOT good at running. But I try. I never assume I will automatically be good at anything I start, and I’m ok with that. If I find it interesting, I dig in and try anyway.

My career path has been riddled with being a bit behind and having to catch up through this kind of work. I had invested 8 years of intense study and practice in the trumpet before realizing I wanted to be a singer. Part of that decision came when I discovered how much I LOVED sitting in a practice room for hours on end, working on my voice. The work was hard, but I loved it. And even then, I was a mezzo soprano and would eventually change to soprano. It felt as though I was starting from scratch and was faced with daily challenges as I moved past the 9 years of mezzo-ness and into the soprano realm. I entered the process of transitioning having no real idea what it would entail, but knowing it would, once again, be difficult (and yep, I was right). But it’s like Edison said when inventing the light bulb: “I have not failed. I’ve just found 10,000 ways that won’t work.” Every difficulty and struggle gets you closer to success and you HAVE to fail to get there. There is no way around struggle if you want to find greatness.

I still have days when Little Laura emerges, wanting things to be easy, but I do my best to quiet her voice (not an easy feat… she’s a handful). And, it seems, spending my childhood feeling like “The Dumb Wilde,” gave me a strong and important push in the right direction.

3 thoughts on “When everything is difficult”

Two sisters. Divergent lives. Exposing the fabulous. Savoring the common. Eliminating the Fear Of Missing Out.